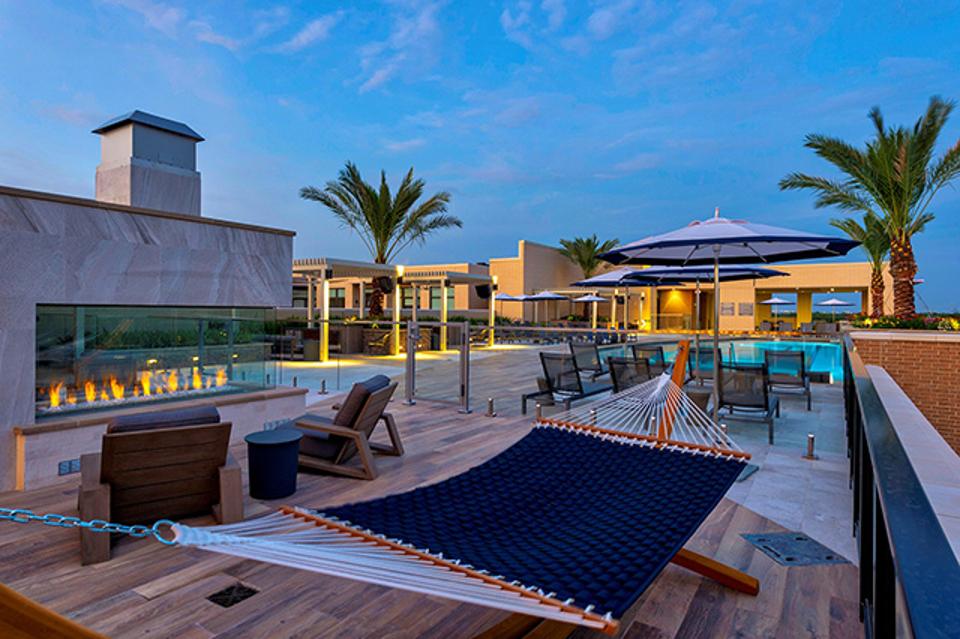 The McAdams, MetroNational’s most recent mid-rise apartment project in its Memorial City development on Houston’s west side, recently completed a 9,000-square-foot amenity deck to meet rising expectations of tenants.

As the line between posh hotels and plush high-end housing continues to blur, a luxury apartment development on Houston’s west side is bringing resort-style amenities to mid-rise living.

The McAdams is an eight-story rental property of 333 units developed and owned by Houston-based MetroNational, with Slate Real Estate Partners. The project team included Ziegler Cooper Architects, with interiors by Marly+Co.

The apartment development recently launched its 9,000-square-foot amenity level, an indoor-outdoor alignment of rooftop spaces for residents to gather, relax, work and entertain.

The 325,650-square-foot apartment project occupies a three-acre site in Memorial City, which is MetroNational’s mixed-use district located 14 miles west of downtown. Its 9 million square feet of shopping, restaurants, entertainment, offices and hotels sit on on 265 acres.

Up on the Roof

A media reveal of the property held earlier this month highlighted the rooftop “oasis.” 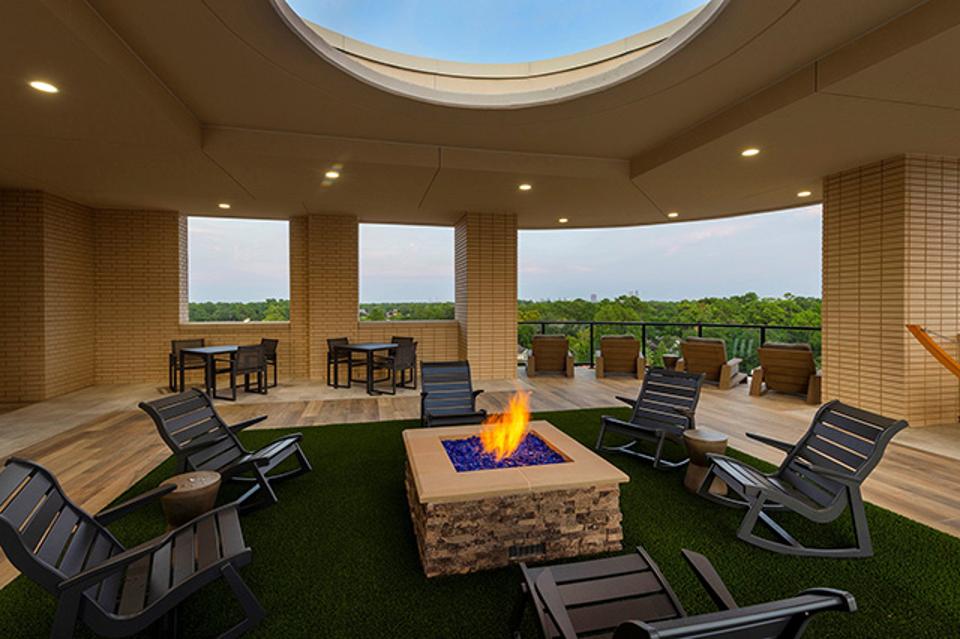 The open-air terrace is co-anchored by an oculus-capped lounge with fire pit and a “cocktail pool,” though the latter stretches a lap-friendly 25 meters and incorporates an infinity edge with through-views of the treetops over adjacent neighborhoods. 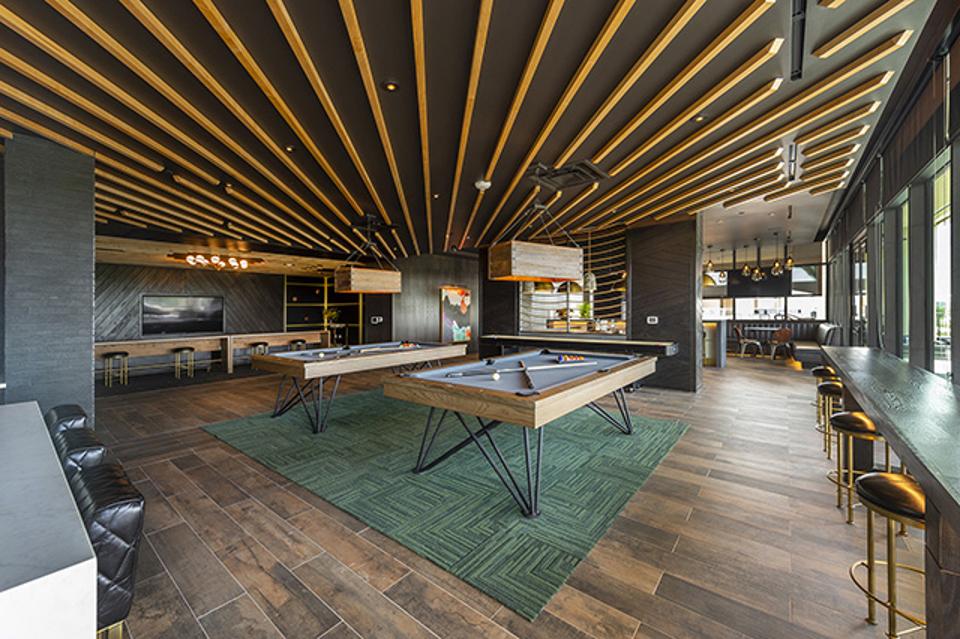 The amenity level at The McAdams aligned a series of spaces for gathering, entertaining and relaxing.

And for the pets? A park of their own, with washing stations.

Some units on the first level have yardlets with direct access to a neighborhood street — and enough real turf to require weekly tending, something handled as part of property maintenance.

Overall, the property’s vibe, at least in the interior’s common areas, has a modern twist but connotes an old-school hotel, one fitted with dark panels, muted metal finishes, and a lot of cozy spaces. The ground level courtyard has also been fitted with outdoor living options, from cabanas and fire pits to trimmed grounds for lawn games.

Amenities, programming and events for residents are meant to encourage them to feel at home throughout the property and to live beyond their apartment space, said Ashley Childress, the apartment community’s manager.

Out by the pool during the tour, a recent resident seemed to embody several of those categories, having moved from a larger home (to escape taking care of it, flooding and having to drive everywhere) and to send her children to area schools. “I came. I toured. I leased,” she said.

Editor's note: As winter has inevitably set in, the Business Journal has brought back Dream...

Home Builder Digest ranked Highlight Homes at No. 4 on its 2018 list of "Best Custom Home Builders...